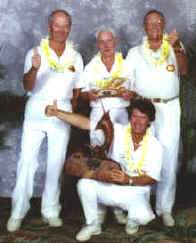 In 1997 we celebrated our 10th Anniversary, ten years since Pakula Tackle was established as a full-time business in 1987, though Peter Pakula has been making lures and inventing now commonplace game fishing components such as the Shackle Rig, 60-degree hook offsets and Witchdoctor Teasers since the early seventies. In that time Pakula Lures and products have achieved some astronomical results. So many that we have not recorded them all. A few of the highlights follow: over 1,000 World Records, Australian Records, tournament wins, and trophies. Individuals such as Robert Curry and his boat "Marquis" have won over 100 trophies on Pakula Lures including the first and last marlin of the season in his club six years straight.

The 'overnight success' of Peter Pakula and Pakula Tackle started during the 1988 Australian Bicentennial Tournament held in Sydney, Australia which was won by Rod Hall's boat "Headhunter". The catch included Jason Simpson's Australian record 245 kg Blue Marlin on a Pakula Sprocket. In this tournament, 16 Hawaiian Teams doing their best were blitzed by the Australian made Pakula Lures.

Since these early days of fame, Pakula Lures have won many of the Game Fishing World's most prestigious tournaments including The Hawaiian International Billfish Tournament twice, in fact Peter Pakula was a member of the winning team in 1996, the Cairns Lexus twice, the Compass Tournament, Bisbees Black and Blue, The World Series Billfish Tournament, Poco Texas, twice, The Kona Steinlager, The Golden Fleece, five times, The AIBT, six times, The Sanctuary Cove Celica Tournament six years straight including all three Celica Cars and many more. 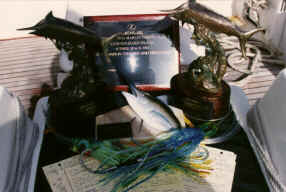 Around 90% of Pakula Lures are exported to countries including Hawaii. mainland USA and South America, all Pacific Island groups including Singapore, Malaysia, Indonesia, Guam, Tahiti and Japan. Pakula Lures have won the major tournaments in all of them. The largest: Black Marlin, Blue Marlin and Sailfish records in both New Caledonia and Vanuatu, Blue Marlin in Lord Howe Island;Black Marlin in New Zealand and the largest Black and Blue Marlin in 1994; the largest Yellowfin (91 kg) ever on a lure in Australia; the largest Blue Marlin (297 kg) in Sydney waters and many more. Pakula's also account for the most of one species on lures in a single day; 16 Sailfish (Mooloolaba); 6 Blue Marlin (Gold Coast); 12 Blacks (Moreton Bay) and 14 Striped Marlin (N.S.W.). To top this off, Pakula's accounted for 3 Grand Slams in New South Wales in just one week.

The boat Bwana II skippered by Toby Brastling based in Tutakaka tagged an 85kg Striped Marlin on 7th Feb 1997 on a Pakula Evil Animal. The fish was the re-caught on the 19th March 1997 on a Pakula Lumo Sprocket. Both the original NZ and Billfish Foundation tags were still in the fish.

Pakula Lures have also won over $2,000,000.00 in cash and prizes in just the last five years. Astounding results when you consider that all Pakula Lures including the Softease and Diamond Heads were handmade by Peter Pakula with the aid of his wife and partner Jo, son Len and one full-time employee.

We were honoured that Pakula Lures was selected as the official lure for game fishing's most prestigious tournament. The Hawaiian International Billfish Tournament 40th Anniversary 1998.

Over the past few years our lures have continued winning many tournaments, including most of the worlds most prestigious many years straight such as the big dollar Texas Tournament in Poco which has been won on our lures for the past 4 years. The 1997 Sanctuary Cove Celica was once again won on Pakula Lures for the 6th year running.

We no longer keep accurate records as we are pretty sure the message that Pakula Lures are effective is pretty clear. However, once in a while you get some feedback that is worth taking note of. For example, Pakula Lures not only winning but catching every fish in the tournament!

Quote from Michael Harvey, Boroko, PNG 1st Aug 97. "We are aware of Pakula Lures. In fact, the last Yellowfin Tournament The Game Fishing Club had every Yellowfin weighed in was on a Pakula."

The reason for the success is quite simple, a continuing commitment to the development of lures and skirt colours and additives, plus the dedication to teaching anglers the art of the successful game and sports fishing through our books, videos, magazine articles and Pakula Schools. There is no doubt the world of lure trolling has certainly been changed by the Pakula' influence. There are now few lure manufacturers that do not try and imitate Pakula Lures in both design and colour, yet no matter how hard they try they can't get the results that only Pakula Lures have consistently achieved season after season. We are indeed proud of the success of our lures and will continue our research in maintaining this. 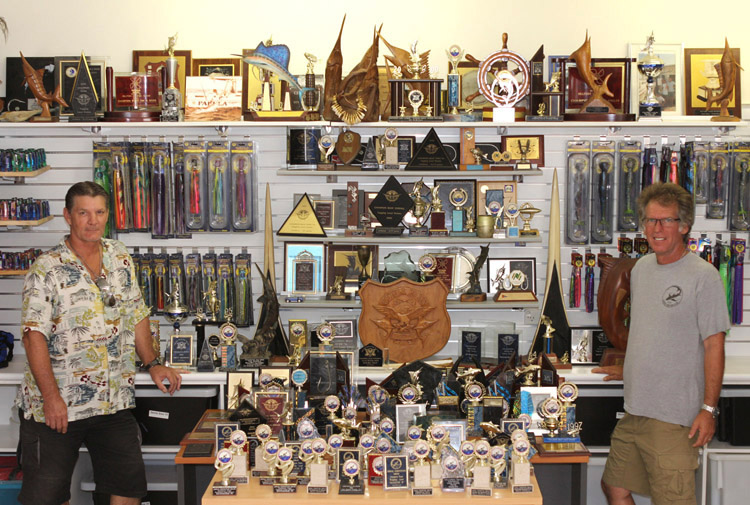 Brett Needham, the crew on the Pakula Animal and Peter Pakula - right - with some of their trophies all won on Pakula Lures.